Having never been to the track before, I was so excited when my Father asked if I wanted to go for a day with him and his friends. I couldn’t stop smiling just thinking about it. I had accepted but I had no idea what I needed to prepare for the day.

I had no gear and at the time I had very little money to sort out what I needed for the day. My Father managed to organise a one-piece race suit that I could use for the day. I called a good friend of mine to see if I could borrow his race boots. Luckily they were a perfect fit.  I managed to pick up a pair of AXO motorcycle gloves for $80 the week before the day as well. I had gotten pretty luck in preparation for this day so far.

Check out our other ride day articles here…

The night before the track day, I could barely sleep. I had prepared everything the night before. Leathers out, boots together, a once over of the bike and a full tank of fuel. I rode to the track as I didn’t have a trailer to take the bike. I filled up the tank again at the Shell right by the track. Just to be sure I wouldn’t run out.

Arriving at the track safe and sound I parked my bike in our garage in the pit and upstairs for an orientation where (Paul) talked us through the track day. They went through all the different flags and what we should do in case of an emergency. It was good as I had no idea about any of the procedures for the track.

While I was upstairs scrutineering was underway where they check over the bikes. They taped over the speedo and mirrors. My Father also checked the tyre pressures and pre pumped them up to 32psi at the front and 30psi at the rear as per the recommendation of Paul Bailey at orientation. Now my bike was 100 per cent ready to go out on the track.

I started my bike and let it warm up at the five-minute warning before my group went out. It was now my time. The first session out on the track we were instructed to follow one of the mentors from the California Superbike School. Just to get a feel for the track and the lines to take. Just following along behind, getting used to the surroundings and letting the tyres warm up properly. After the two laps we were on our own. What a feeling! Every corner felt amazing. Being able to accelerate full throttle, come in to the corners as fast as possible and go as fast as my bike could go down the main straight.

I came back into the pits after my first session. I had a smile from ear to ear. Before the second session I had been talking with Mark Weaver as he was there for the day with us. He was giving me tips on how to get the most out of my track day from riding position to the line I was taking. He decided he would just come out on the track with me and show me the best way to go about it.

Back out onto the track again, this time my Father was out on the KTM 390. It’s a bit bigger capacity then my Kawasaki ZX-R 250 but I knew we would be blasting around the track at about the same speeds and I was a lot more confident. I was following Mark’s lines. He was getting his knee down on every corner. I was trying to do the same but just not getting there. We came back in after what felt like two minutes. Time really does fly when you’re having fun and Mark told me I was so close to getting my knee down.

Ready and confident for the next session, I head out from the pits with a clear mind. I let the tyres warm up for the first two laps. Then I started pushing harder on the third lap. I go into turn two prepared for the double apex. I was half off the seat, arms relaxed, looking through the corner, knee out and it touches! What a feeling. My confidence went through the roof. I roll on the throttle all the way. The bike revs out to 20,000rpm in second, I come out the corner change into third, roll on the throttle to full and knee down again on turn three. I am smiling so hard by this point. Loving every second of being out on the track.

Each corner became easier and easier. I felt I was riding a lot smoother. Not like the first sessions where I was coming in too hot to the corners and having to over brake and lose all of my momentum.

On this session my father was in front of me. It was a great feeling to be on the track the day before his birthday with him. The best part was through the last few corners before the straight. Our little bikes were overtaking the bigger bikes. That was probably one of the best feelings of the day.

Overall though its all about having as much fun as you can and going home in one piece – you and your bike. I would recommend every one to get out there and have a go at the track. It’s the best experience you can have on a motorcycle.

A big thanks to Jeff for letting me come along for the day and my father for helping me set everything up for the day. Can’t wait for the next one!

Richard’s Thoughts
It’s really weird at first riding with your son on his first track day. First thoughts are to say, ‘Do this, don’t do that,’ but then how can you say that when you are going to do the exact opposite and will be seen doing it!

Being William’s first time, he went into the white group as did I. When the first white group session started, all the first timers went out with a California Superbike coach to do a couple of slow – no overtaking allowed – sighting laps. Then the rest of the group are allowed to join, so I waited for William to appear down the main straight so I could hook in with him and show him the lines I take, then follow him for a while to observe.

Any fatherly concerns are gone as he picks his lines really well and I can see that he is a natural and if he was on a bigger bike, probably quicker than his old man. His Kawasaki ZXR250C ‘screamer’ handles like a dream in his hands. Unfortunately my Ducati had an issue, which was my preparation fault, so I parked it for the day, as we had a KTM 390 to test, which I took out in later sessions. What a hoot to ride, specially in corners, but not a match for the Kawasaki.

Fortunately Mark Weaver was with us on his GSX-R1000 and spent a lot of track time showing William lines, how go through the apexes, entry, speed and body positioning/weight distribution techniques, plus coaching back in the pit.  After a couple of sessions and Mark’s coaching, William had his knee down, scraping the knee sliders on the one-piece suit loaned by Jeff. It made me feel pretty good and more at ease that he obviously knows how to control his bike on the track and road.

William heads to SMSP for his first track day, with his Dad along for a truly memorable experience… Words: William Collins, Richard Collins  Photography: Tim Munro

Previous articleCalifornia Superbike School: Levels 1-4
Next articleGetting Started With Racing: Everything You Need To Know!

SMSP Ride Days are a great opportunity to find out what you and your machine can do, unrestricted speeds through 18...
Advertisment 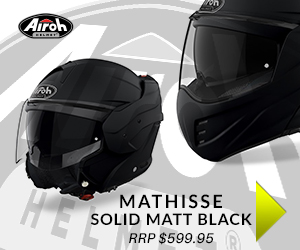